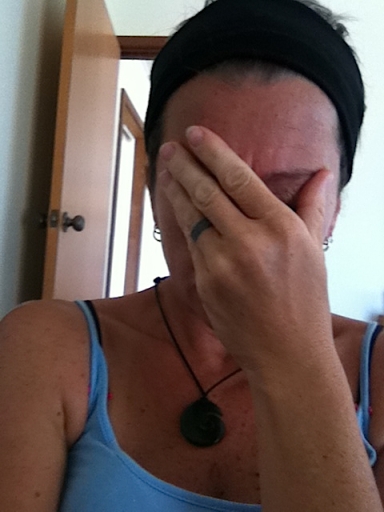 When my computer crashed in 2012, I ended up in a dark place.

Here in Australia and I’m sure New Zealand, it’s hard to escape the talk about depression since media personality Charlotte Dawson committed suicide on February 22.

Charlotte was well-known for her battles with depression and had tried to kill herself after a bout with Twitter trolls in 2012. I remember some of that media coverage but I wasn’t involved or a follower of the madness.

But now that’s she’s dead, there is a big drive to shove “awareness” in everyone’s faces, like nobody ever heard of depression or suicide before.

I don’t want to be disrespectful but what pisses me off is there is only national grief and consciousness when a celebrity dies from their own doing.

And her death came less than a week after Channel 7 aired the last chapter of the made for TV movie, INXS Never Tear Us Apart.

Of course, we all know the ending of that saga.

With these 2 celebrity suicides all over the airwaves, we are reminded and encouraged to care about depressed people and better yet, be kind to ALL.

And this attention won’t last. But there will be more suicides. There have probably been 18 other suicides since Charlotte’s considering the statistics of 6 per day.

I’ve  written before about how I’ve thought of suicide myself. Several times. And when I get in a dark place, I continue to think about it. I think most of us have, even though so many would never admit to it.

I’ve been in a very low place for weeks now and I’m struggling with the physical manifestation of that: fatigue, cravings and body pains. Emotionally, I am numb.

And I know it’s easy for me to sit here and say that I’d never actually kill myself but I do know what it feels like to be that desperate to get rid of the pain.

But there’s no ridding the pain. Your pain is only passed on to the next person: your parents, your partner, child, siblings, friends, co-workers, etc.

This I know. This I have experienced and have yet to fully understand or accept the suicide death of a close friend in 2007. Yes, nearly 7 years on, I’m still shattered.

I can’t imagine when the life taker is your mother, father, sister, partner or child like it was for some people I know.

I don’t like to talk about my own depression or suicidal thoughts because of the stigma attached to it. I don’t want people thinking that every time I’m in a bad mood or hiding away that I’m depressed because chances are that has nothing to do with it. I don’t want people feeling sorry for me or worse yet, avoiding me because they think I want them to FIX everything. That just makes everything worse. Ignoring something or someone does not make it/them go away!

So what’s the solution?

Please remember that depression can affect anyone and everyone. You don’t need to have a labeled “illness” to experience it from time to time. Sometimes it just takes one small kick to send you down a deep hole. Just remember to climb out.

If you are depressed or thinking of suicide, please reach out to someone. I know it’s incredibly tough to do but do it. If you can’t talk to family or a mate, call a help line.

Island getaway…
There really is no better time to hit the road and explore this incredible state! Get some tips and inspiration from my latest article promoting Western Australia. Link in bio.
I did indeed attend the first day of this much anticipated brewery opening in Fremantle. As this place is not inclusive, I chose to do it my own way. I do love the beer 🍻 👏 and it’s a great place for sunset 🌅
Leederville’s newest open-air bar serves up summer vibes, watermelon cruisers on tap, and cocktails with a floating rubber ducky (and beer, of course, my fav) @naberandfour
My New Year’s resolution?
Excuse me while I kiss the sky 💋
Happy holidays from Perth, WA 🔥
Merry Christmas. Make it colourful and beautiful 😍
An oldie but a goodie. Words to live by, people. ☮️ ❤️ 😊 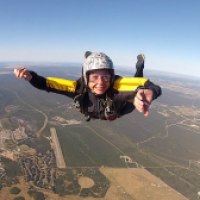