Six days in Bali proved to be a marriage saver. Or at least a Band-Aid. 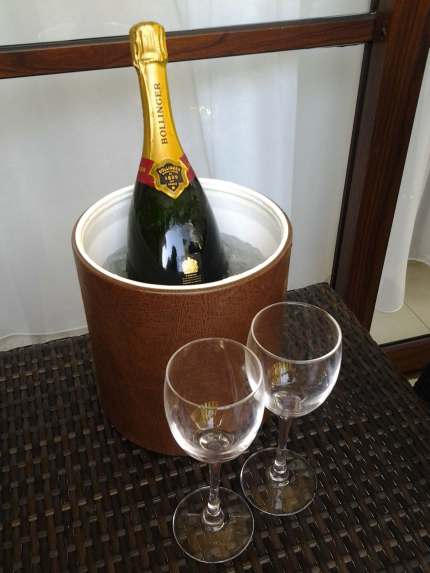 When Mr M suggested we go to Bali for our 10th wedding anniversary, I knew it was not only to celebrate the milestone but an attempt to fix what was becoming severely broken.

So, focussing on the solution, we travelled on our anniversary.

It’s such a short flight from Perth and low season in Bali, we were at the Dynasty Resort in Kuta by 3pm.

We chose the Dynasty because of its kids club but Master T only spent 2 evenings there for the dinner/movie nights. He loved it and we loved the kid-free time.

The first night, we had  quiet cocktails at the rooftop lounge, H2O before heading out on the streets of Kuta in search of a cheap massage.

And boy oh boy, there are plenty to choose from!! With every step you are inundated with brochures.

“Come. You get massage”

“I give you massage. Cheap.”

Being dragged down an alley to be shown their less than pristine salon is a bit much. Mr M nearly had to take down a woman when she refused to let go of his wrist. He was alone when that happened. On our trip out that evening we didn’t have any problems.

Thankfully, he had already chosen a place so we passed all the beggars and went straight to M&M day spa.

It wasn’t flash but what can you expect for a 1-hour Balinese massage for $5?  Seriously, $5! We had side-by-side beds too so there was no happy ending for Mr M!! Though, I’m not sure this is practised in Bali anyway.

On the way back to the hotel, we grabbed some Indian take-away and ate it in the room.

I slept through the night that night – the first time in weeks!!

On our second date night, I treated us both to a flash massage at the resort spa, Ashoka.

A spa more to my liking

Ashoka is more my speed. I’m not a snob but I like a clean, quiet, softly lit place to be pampered.

We each had our own rooms because we had different treatments. I chose the Ayurveda Shirodara.

The 90-minute back and head massage was blissful. Sounds of soft music and a babbling brook (that was actually a water feature)  lulled me to a semi-conscious state as the masseuse carefully worked her magic hands around my back.

The big reason I booked this treatment was for the hot oil part. It’s big in Ayurveda and though I have had many Ayurveda massages in the past, I had never experienced hot oil poured over my third eye.

I’m not sure if I liked it or not, to  be honest. Sometimes the oil was too hot and I had to tell her. Of course, the oil drizzles down your forehead and into your hair so a thorough head massage and conditioner treatment followed.

It was all very lovely and worth the extra $35 or so (still a bargain!!). Especially since I took advantage of the 6-9pm 20% discount!!

Afterwards, Mr M and I met in the reception area for a delicious ginger and lime drink, a great way to prime the tummy for dinner.

We ate dinner in the resort restaurant where we had had our family dinners. Really, it was better than the food we had outside the resort and better prices too!!!

Date night ended at 9pm when Master T was picked up from his movie night.

Even though we only had 2 evenings “alone” the time we spent together as a couple was great and much needed. But our family time was also great and even when we weren’t actively doing “stuff” we were still all having a good time.

While Master T made friends around the pool, we lazed on the lounge chairs or sat on the underwater stools at the swim-up bar while indulging in the twice daily happy hour. I just love having a cocktail at noon! And why not?

We didn’t need to be anywhere, do anything or argue about anything on that trip. There was no stress. Period. 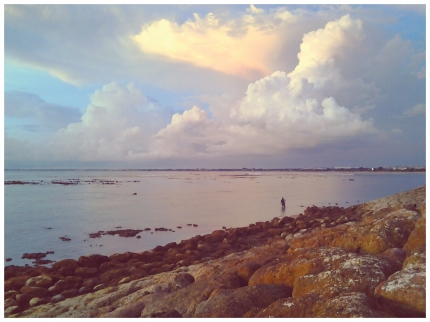 With my primary position of stay-at-home mother/wife reinstated (and accepted), I’m hoping the stress-free feelings stay.

If not, we may need another Bali Band-Aid.

Looking for inspiration, motivation, and a pencil. Where oh where can it be?
How good is David Gray? He’s one of my favourite artists. White Ladder 2022 😍 👏 👏 👏 Loved every second of it.
Sadly, I’ve yet to find a “proper” bagel in Australia so I make my own Montreal-style bagels 🥯 🥯 😋 🇨🇦
Conjoined Gerberas 😮
I love to bake and I almost always do it from scratch. But when I saw a pack of vanilla sponge cakes marked down to $2, I grabbed it. 🍰 Add some chantilly cream and fresh strawberries 🍓 and voilà, Strawberry Shortcake (cheat’s version).
Memories of a writing career…
Absolutely loving this debut novel by Melbourne writer, Bronwyn Hall 👏
Gosh, it’s nice to be appreciated. I’m not writing much these days but I am experiencing what 9-5 office life is like again (temping). After 9 days as receptionist in West Perth, my lovely bosses gifted me these beautiful native flowers. And damn it feels good 😊
Happy Canada Day, eh?