Today is the Catholic holy day of Ash Wednesday and the first day of Lent.

The word Lent is derived from the word “lencten”or “lenctentid”  which means Spring. For Christians, Lent is an important time of year; a time of penance, prayer and sacrifice.

Lent starts on Ash Wednesday and continues until Easter Sunday. It is said that Lent consists of 40 days but there are clearly more than 40 days from today until April 8th, Easter Sunday. It seems there were/are different rules surrounding the custom.

Some were strict and allowed only one meal per day. Some made sacrifices only Monday-Friday. Some allowed Sunday to be a free-day. In general, it was a time for fasting and sacrifice and no meat, fish or animal products were to be taken. Over the years, the tradition has changed and some may choose to make up there own rules.

As a child, we participated in Lent even if only loosely. I remember the thoughts of giving up candy but I can’t confirm if it actually happened. I remember having fish on Fridays but I’m not sure if we gave up all other meat entirely. My parents divorced when I was 4-years-old, which was considered a sin so I was not brought up in the church, although my older siblings were.

In summary, from Ash Wednesday Christians give up rich, luxury food and animal products until Easter Sunday when a feast of baked ham or turkey with all the trimmings and mountains of chocolate are served as a reward. Or is it to celebrate the resurrection of Jesus? That always confuses me.

In these times of overindulgence on a daily (even hourly) basis, the custom of Lent is one to be embraced whether you are Christian or not. It’s only six weeks or so and who knows,  giving up meat, sugar, alcohol, cigarettes or caffeine may even change your life.

Will you give up something for Lent this year? 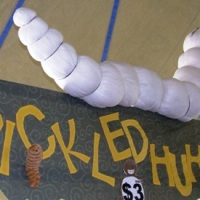