Making healthy choices is usually not a top priority for children ( or some adults either). People who refuse to see the faults of the white stuff really shit me but it’s their health, eh? And by white stuff, I mean refined foods like white flour, pasta, bread, rice and sugar.

I do try to eat less sugar but that doesn’t mean I never have it or  the other whiteys (and sometimes that shits me but nobody’s perfect). Thankfully, I raised my son on wholemeal bread so when he gets white bread he knows it’s a “treat”, kind of like a chocolate bar. He also readily eats brown rice, wholemeal baking and pasta sauce with vegetables. But aside from the bread, he didn’t  always accept the healthier options (wholemeal or vegetables either). At first, I had to be a bit sneaky about it. My advice is to ease into a change and don’t ban the white stuff for good. I used to think moderation was unachievable but my choices seem to sway towards that notion these days.

END_OF_DOCUMENT_TOKEN_TO_BE_REPLACED

Newest bio image. Life is good in Freo.
I’m loving @alexispredez and her podcast Do You F*cking Mind sick! She’s blunt af but it’s exactly what I need to hear to pull me out of victim-mode and get the fuck on with my life. Be gone fucked feelings and hello to the new love in my life….myself.
Sunday breakfast @storehousesubiaco @vibesubiaco
Kevin Murphy seems to know my all my secret desires. This range is in the ensuite of my room @qt_perth 😍
A working breakfast at Samuels on Mill after a fabulous night at @parmeliahilton. Love this place and love the Crabtree and Evelyn bathroom products, OMG (scroll to see how stoked I am 😂 hard to get a photo with so many mirrors in the bathroom).
You can’t come to Rotto without meeting the quokkas. Scroll through to see the baby trying to get back in mamma’s pouch. I saved that baby from nasty crows after it strayed too far away from Mum and was separated by a wall. Mum was frantic, baby was screaming, and I was anxious. It all turned out well - Mum and baby were reunited. You’re not meant to touch them but I was NOT gonna stand by and allow “nature to take its course”. I wrapped the baby in serviettes so I didn’t actually touch it.
My first visit to Frankie’s on Rotto was amazing! The linguine with pumpkin, pine nuts, asparagus, spinach, and prawns filled my belly but I still shoved in half this pumpkin pizza. OMG I won’t need another meal today. So good even the wildlife are begging for it.
What a day on Rottnest! I’m truly blessed to see the sun shine during my visit. It’s been a long cold winter but this looks and feels like summer can’t wait to arrive either ☀️
I’m on the go with @fodorstravel this week finishing up my ground work for the WA chapter of their Australia guidebook. Life is so hard sometimes (jk - I’m blessed) ☀️ 🏝 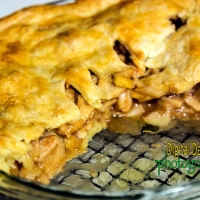